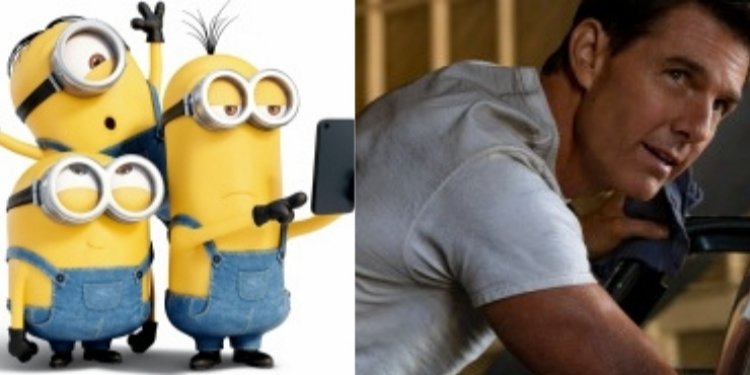 The latest Hollywood movie, Minions: The Rise Of Gru, continues to be a success. It has opened much better than anticipated and created a positive environment among exhibitors. Tom Cruise is refusing to slow down. Read all the details below.

Since the theatres opened in the post-pandemic period, many Hollywood stars have done well and brought people back to the theatres. Animated films have struggled to rebound, but the fifth installment of Despicable Me has stunned everyone with its record-breaking opening.

According to Box Office, Mojo Minions: The Rise Of Gru made a worldwide collection of $202.21 million in its first weekend. The film has made $108.51 million domestically and $93.70million overseas. According to reports, the film was made with a budget below $100,000,000. It is clearly on its way toward becoming a major box-office success. It is also expected to have a steady run on weekdays since word-of-mouth is very positive.

Let's now move on to Tom Cruise, and Top Gun Maverick saw a spectacular jump over the weekend. This clearly shows that even after a prolonged theatrical run, there is still plenty of fuel left. It has now accumulated $1.10 trillion worldwide box office, and $564 Million is from the domestic market, while $544.50 Million is overseas.

But We are expecting that the collections of both the movie will drop From this Friday as Chris Hemsworth Starrer Thor: Love and Thunder Is going to hit big screen this week. Along with chris Hemsworth Chritian Bale is also Portraying the role of Gor the Godbutcher in Thor's 4th Installation.